The Campaign for the Next Generation
Donate

Offerings for the Next Generation

Brookgreen Gardens, a National Historic Landmark on the Lowcountry coast, has announced an initiative to expand its art, nature, and history programs for the next generation. Brookgreen's first capital campaign in 25 years, the Campaign for the Next Generation includes new and renovated facilities as well as supporting endowments. The $20 million campaign was announced publicly, with $16.7 million already raised in cash and pledges.

“This campaign, will enable us to expand on the original vision of Brookgreen's founders, Archer and Anna Huntington," says Page Kiniry, President and CEO of Brookgreen Gardens. "This year, we celebrated Brookgreen's 90th anniversary. These new projects support our educational mission and ensure we are offering exciting, diverse, and relevant programs for our guests and members."

Brookgreen is home to the largest and most significant collection of American figurative sculpture in the country. It is a leader in sculpture conservation, environmental conservation, and the protection of the plants, animals, and history of the South Carolina Lowcountry. The Campaign for the Next Generation will expand Brookgreen in four key areas – a new contemporary conservatory, new art facilities, expanded Lowcountry history exhibits, and a new exhibit in the Lowcountry Zoo.

The largest capital project will be a new Contemporary Conservatory and surrounding wetland gardens. It will transform the campus, welcoming guests from around the world and enabling Brookgreen to expand horticulture programs. Guests will enjoy an accessible, year-round garden to explore tropical biomes, including a butterfly garden to educate children and families. The Conservatory and gardens will also add beautiful and unique spaces for events and programming. 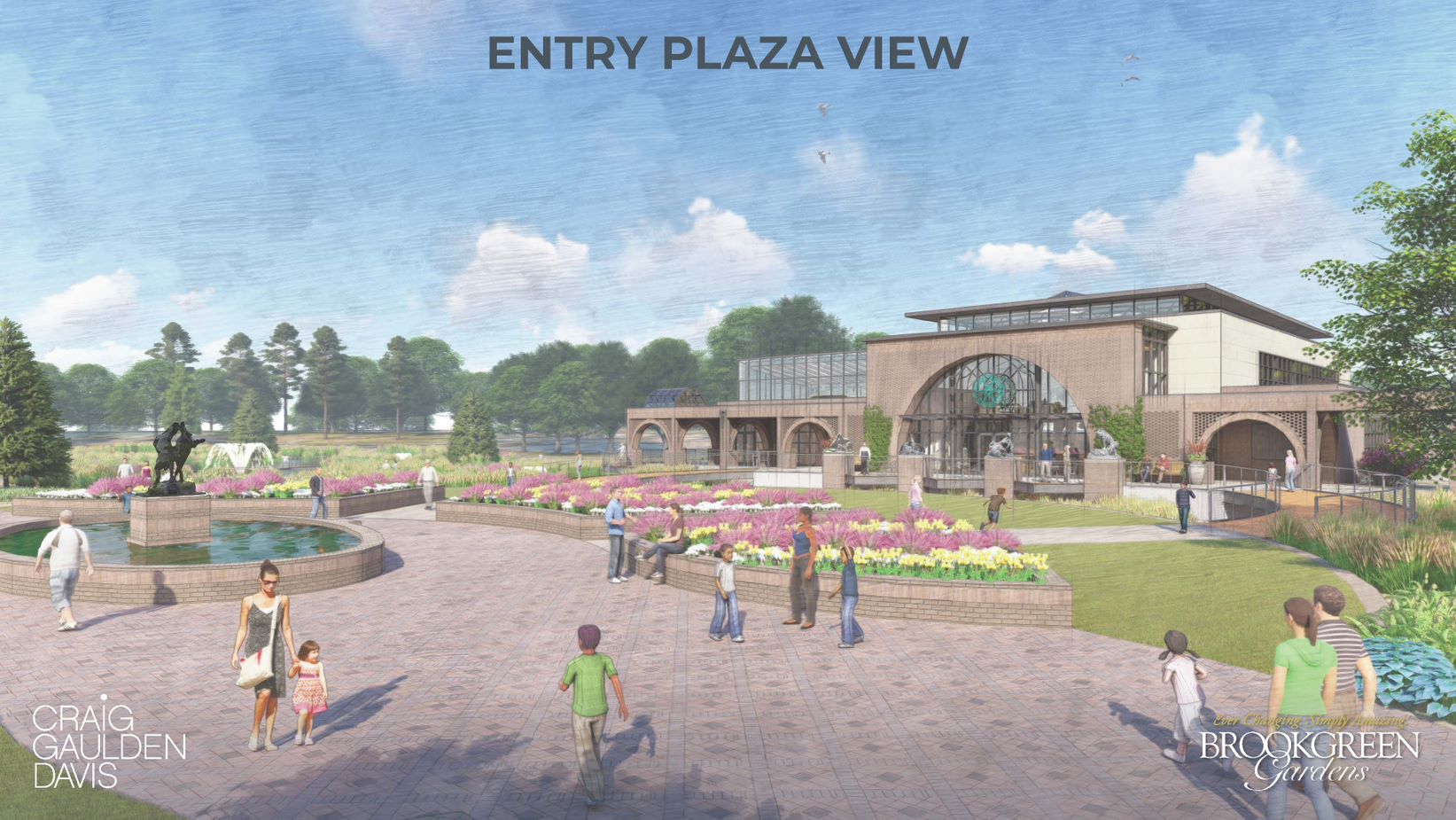 New art facilities will help Brookgreen maintain its preeminence as a museum and teaching facility.

The Brenda and Dick Rosen Galleries opened in February 2021 and offer gallery space for permanent and traveling exhibitions. The Rosen Galleries, generously funded by Brenda and Dick Rosen, include four vast exhibition spaces totaling over 5,800 square feet with a capacity of 600 people and displays artworks that underpin Brookgreen's national recognition as a renowned museum. 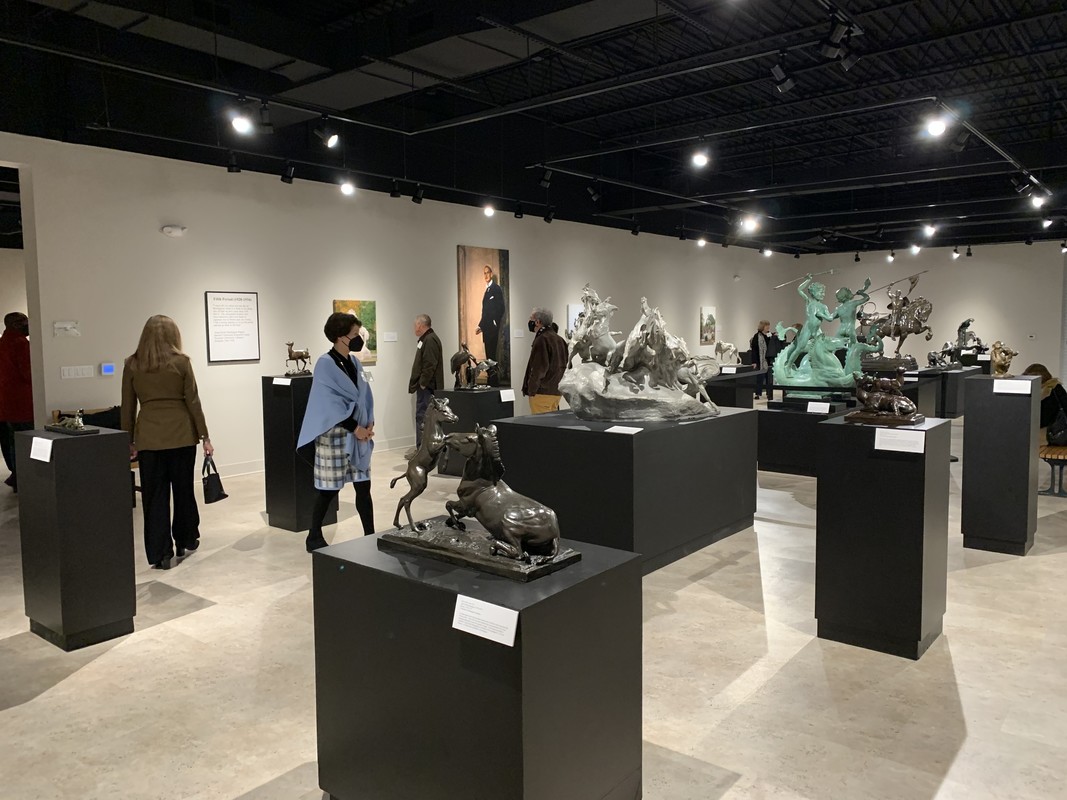 The Simpson Arts Center includes a state-of-the-art studio and sculpture conservation lab where guests will interact with nationally recognized sculptors and contemporary artists and accommodate a wider variety of classes and public programs. About 4,000 square feet, the new studio will support diverse media, including clay, wax, plaster, resin, 3D printing, and direct stone carving. The floor plan is below. 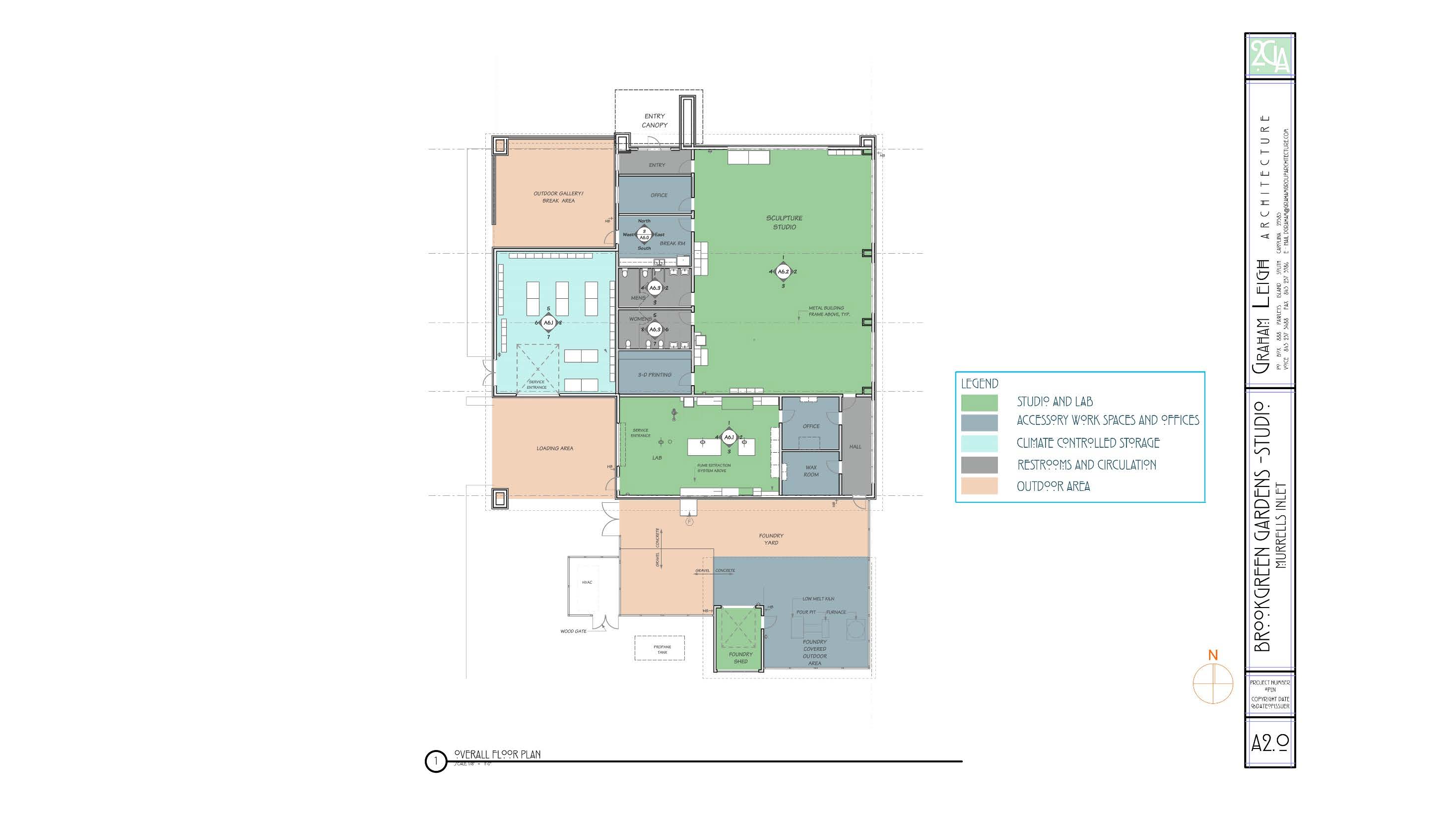 As the site of four former rice plantations, one of Brookgreen’s missions is to tell the story of the history of its inhabitants.

The first project completed was the construction of the Leonard Pavilion, an open-air space used for events and educational programming. Completed in October 2019, the pavilion was named for Trustee Emeritus Don Leonard, who donated the lead gift for the building's construction.

Funded by the Gaylord and Dorothy Donnelley Foundation and the estate of Alberta Quattlebaum, Brookgreen's Gullah Geechee Gaardin presents the culture and history of the Gullah Geechee people, descendants of enslaved Africans brought to the U.S. to produce cash crops like rice and cotton. The exhibit, open since 2018, presents cross-generational oral histories of Georgetown County's Gullah Geechee residents through audio stations and written narratives.

The campaign will also expand Bethea's Garden, which showcases heirloom varieties in an educational garden. Since 2018, the garden has provided flavorful and healthy produce to the diners at Brookgreen's restaurant, and through a partnership with a local food bank, to local families in need. The garden expansion will allow the cultivation of various fruits, berries, herbs, and plants that connect to Native Americans and South Carolina's agricultural history, such as indigo and cotton. The expansion, funded by the campaign, will include the addition of interpretive signage to provide narratives related to history exhibits and programs and additional public garden space for visitors to enjoy.

The new Spanish goat exhibit, which opened in October 2021 as part of the Floyd Family Heritage Farm, contains a grazing area and barn to continue preserving and exhibiting this heritage breed. The program helps sustain this rare breed, increasing diversity and educating the public about the vital role of domestic animals in the state's history.

One of only five institutions accredited by the Association of Zoos and Aquariums (AZA) in the state, Brookgreen's Lowcountry Zoo allows guests to learn about animals that are native to the Lowcountry, including species seen in the wild. These animals engage visitors in the natural world, inspiring a deeper connection, a sense of wonder, and an interest in preservation.

In November 2020, Brookgreen Gardens announced efforts to help protect the most endangered wolf in the world, the red wolf. Creating a new four-acre habitat in the Lowcountry Zoo will allow a pack of red wolves to live safely in their natural environment. The zoo will house two breeding wolf pairs in cooperation with the Red Wolf Species Survival Plan, a program designed to oversee the population management of an endangered species in captivity and enhance their conservation in the wild.

In addition to these four key areas, the campaign will also raise endowment funds to support these new exhibits and facilities in perpetuity.

"The completion of the Campaign for the Next Generation will position Brookgreen to expand educational programming and improve experiences in every aspect of our mission," says Dick Rosen, chair of Brookgreen's Campaign for the Next Generation board. "Brookgreen is a cultural treasure not just for us but the world. We hope to allow Brookgreen to continue to deliver the finest experiences and continue to be an institution of significant value for future generations." 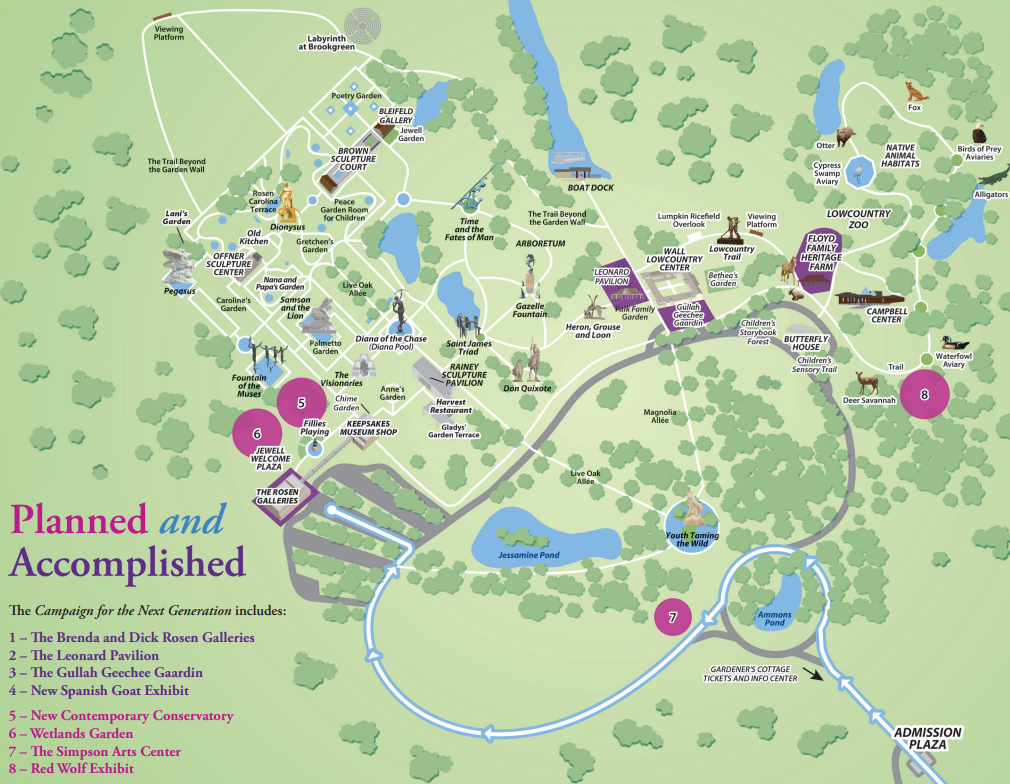 Get Involved as Brookgreen grows for the future!

Naming opportunities for Campaign initiatives are still available.
Gifts of $25,000 or more will receive recognition on a plaque in the Conservatory.