The Stanley and Naomi Bleifeld Gallery

Creation of the Gallery

All the works on view in the Bleifeld Gallery are from the collection of Brookgreen Gardens. The gallery showcases the work of historic and contemporary sculptures whose subjects are taken from the natural world. It includes work by Anna Hyatt Huntington, Gertrude Lathrop, Stanley Bleifeld, Grainger McKoy, Sandy Scott, Kent Ullberg, and numerous other prominent sculptors, past and present. The gallery officially opened in February 2017.

Planning for the gift of Stanley Bleifeld's artwork began before his unexpected death in 2011 and the gift was completed by his widow, Naomi ("Nicky") in late 2016. Nicky Bleifeld also gave the lead gift to construct the gallery in his memory. Although Stanley Bleifeld was renowed for his sculptures of the human figure, he was also known for his sculptures in the round and bas-reliefs depicting landscapes and seascapes.

There are 16 artworks in marble, bronze, and terra-cotta by Bleifeld in this gallery. Amoung these are 12 landscapes and four seascapes. The total number of works by Stanely Bleifeld give to Brookgreen Gardens was 116, and they date from 1961-2009. Most are terra-cotta although there are a few bronzes and plasters. Many of the other sculptures from the gift are on view in the Offner Center. 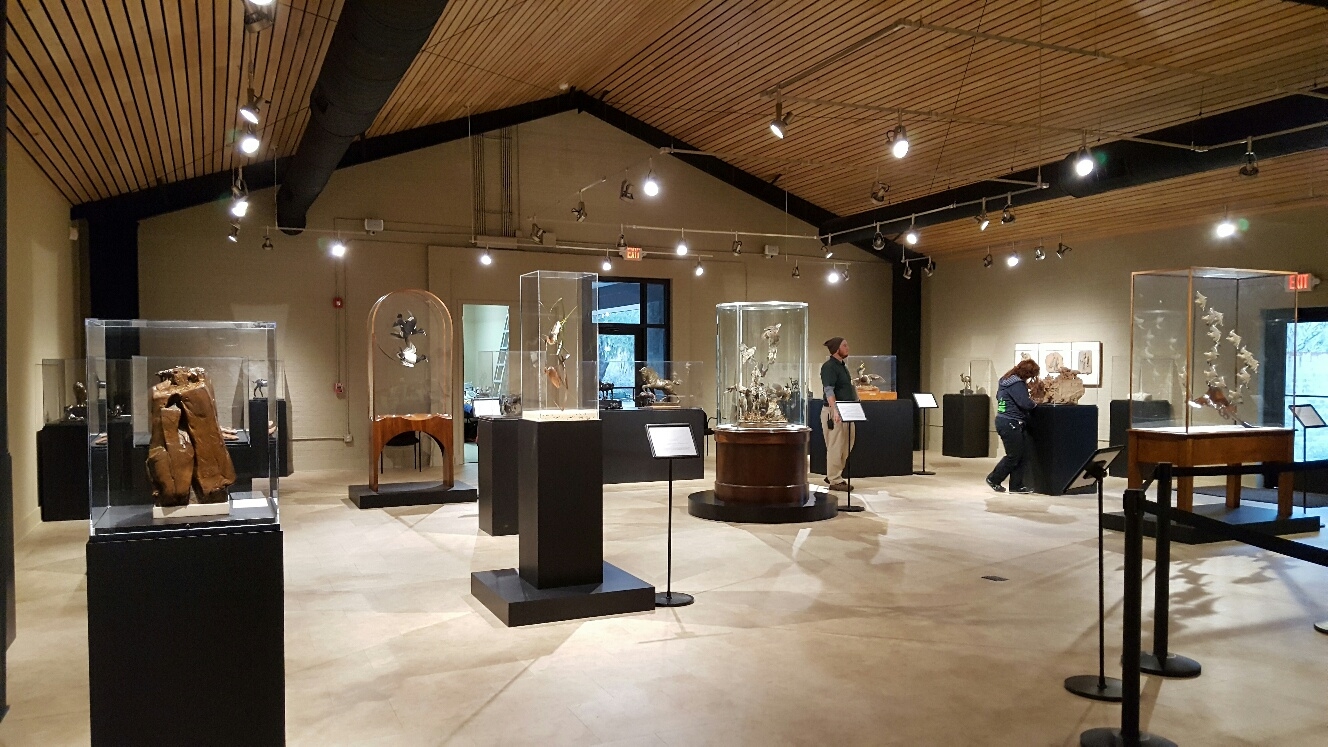 Brooklyn native Stanley Bleifeld began work as a professional artist in the 1950s.  A graduate of the Tyler School of Fine Art at Temple University, with BFA, BS, and MFA degrees, he initially thought he would be a painter, but a trip to Italy in the early 1960s turned him to sculpture.  Widespread public recognition came from The Prophets, a five-part relief in bronze for the Vatican Pavilion at the 1964 World’s Fair in New York City.

Another high point was his selection as the official sculptor of the US Navy Memorial in the 1980s.  His Lone Sailor, one of several models designed for the monument, stands on a broad plaza in Washington, DC, at the Golden Gate in San Francisco, and in memorials at current and former naval bases across the United States.  Homecoming, depicting the joyous reunion of a sailor and his family, is the focal point of the main entrance to the Naval Heritage Center next to the memorial and on the harbor in San Diego.  The third model, Liberty Hound, was commissioned for the US Navy Memorial in Jacksonville, Florida.

Stanley Bleifeld’s work is in many important museum collections including the Baseball Hall of Fame at Cooperstown, NY, the National Academy Museum in New York City, where he was an Academician, and Brookgreen Gardens.  Around 1980, he began to focus on bas-relief modeled directly in terra cotta, polychromed, and fired.  Comprised of single reliefs, diptychs, and triptychs, this work was shown in a solo exhibit at The Century Association in New York and in the National Sculpture Society Annual Awards Exhibition.  Among many other honors, he was the recipient of the Henry Hering Memorial Award of the National Sculpture Society, where he was a Fellow and past president, and he held an honorary doctorate from the Lyme Academy of Fine Arts in Connecticut.

Grainger McKoy (b. 1947)
Grainger McKoy is a nationally known sculptor whose wood carvings of birds have been acquired by museums, exhibited in major galleries, avidly sought by important collectors, and praised in articles over a 45-year period.  The unparalleled realism of bird and habitat depicted in his work stems from the confidence of an artist who knows his subject completely.  His lifelong passion for carving began in childhood and was guided later by Gilbert Maggioni, an artist in Beaufort, South Carolina.  With Maggioni as mentor, McKoy further developed his naturalist’s view of the animal world and the desire to experiment with the capabilities of wood.  Today, he creates his art in a studio at his home near Sumter, South Carolina.