This is arguably one of the most exciting times of the year for garden enthusiasts. For some people, that statement may come across as fighting words, but in my (poor?) defense, I did say arguably! Leaving winter and heading into spring is a wonderful time. The garden is truly waking up and the noticeable contrast between the winter and spring landscape is truly astounding! 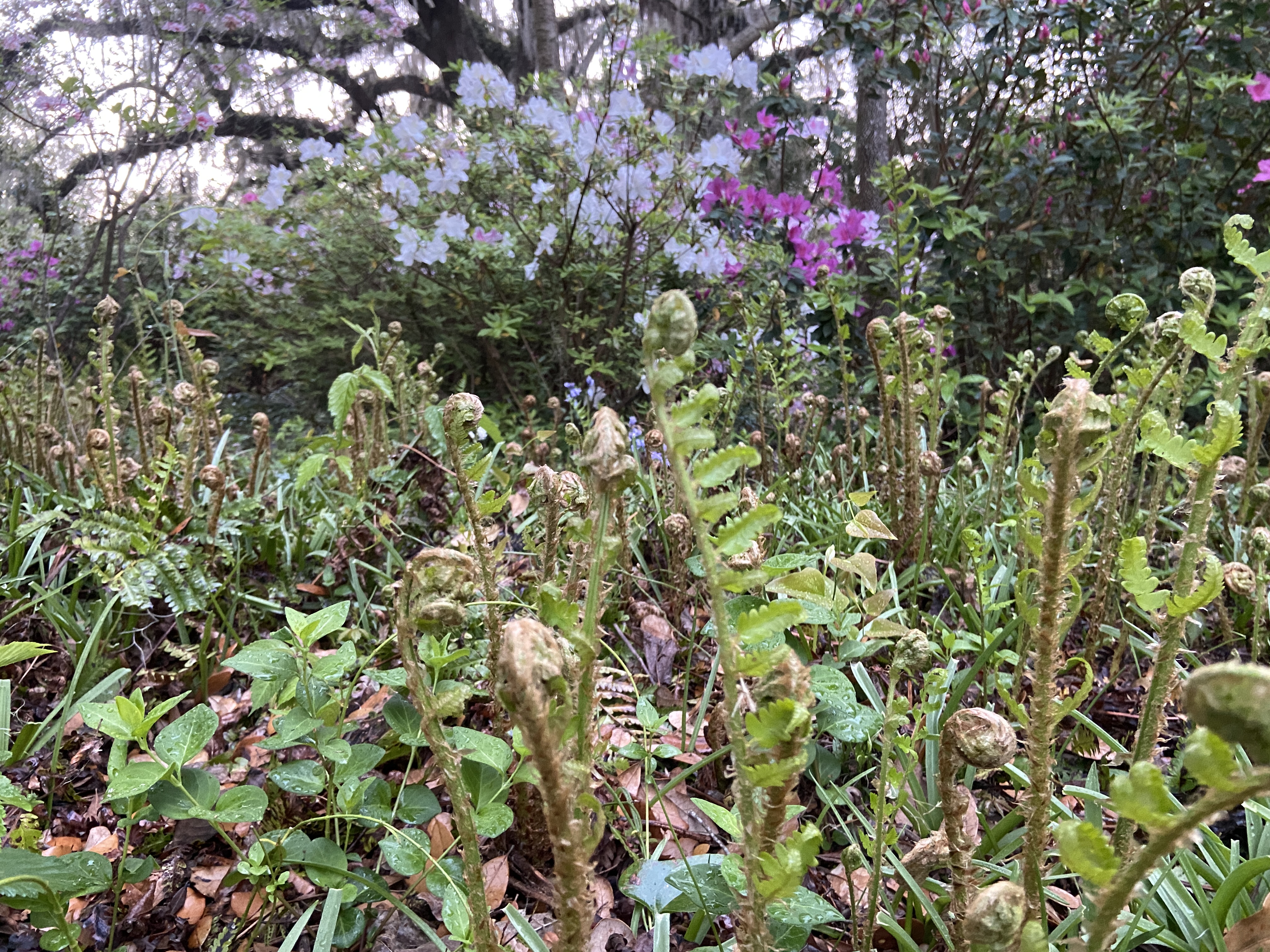 The number of plants leafing out, flowering, or just otherwise growing before our eyes is so obvious, and appreciated, this time of year. Between when I left work last week and got back in this week, I was shocked by how much had started coming out in only a few day’s time. Let me show you just why I’m such a big fan of spring. 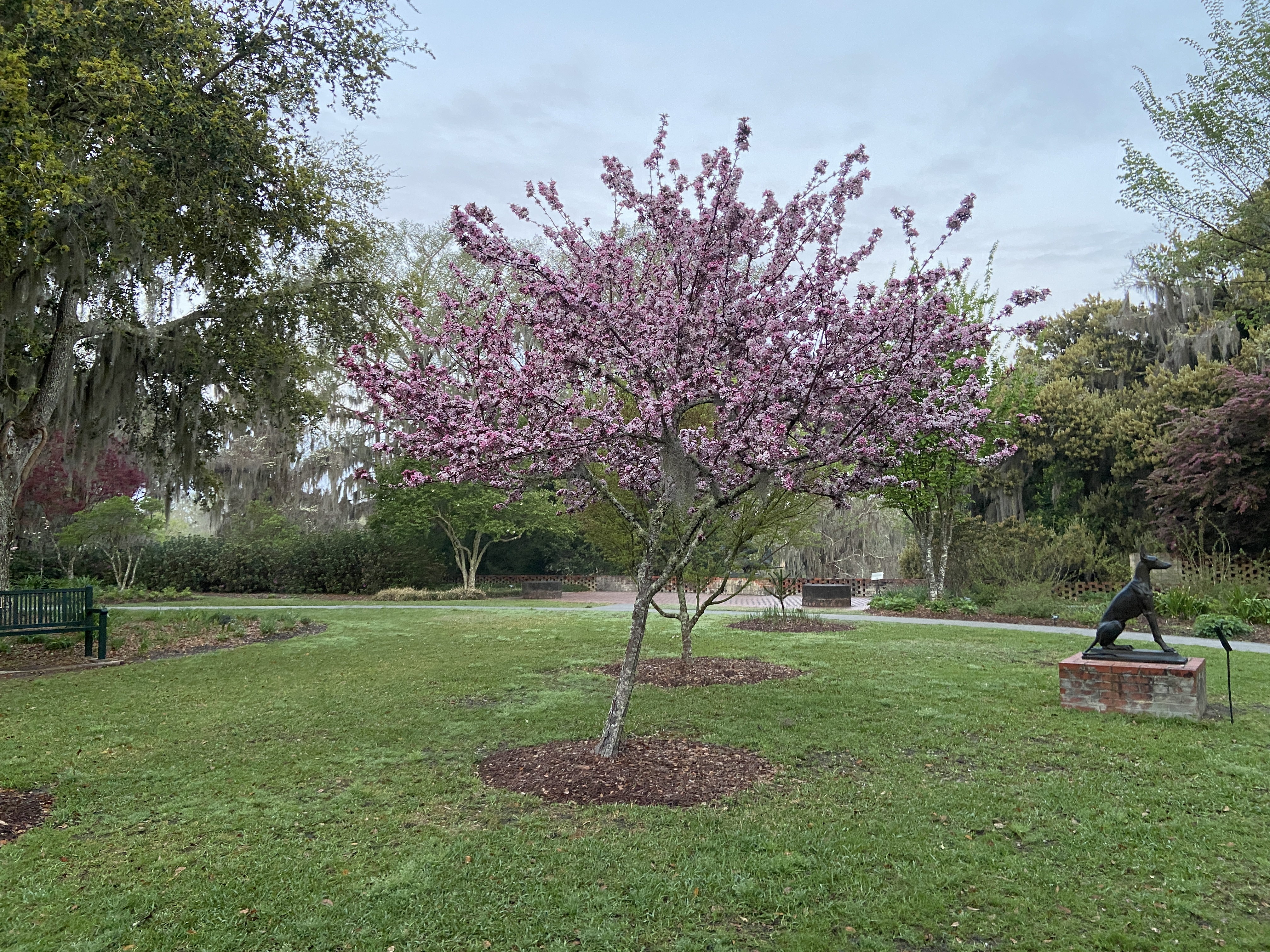 The first thing I noticed this morning that made me do a double take was this gorgeous flowering crabapple (Malus 'JFS-KW5' (Royal Raindrop®)) in the Upper Right Wing. This burst of color, not only from its flowers but also its leaves, was jaw dropping! 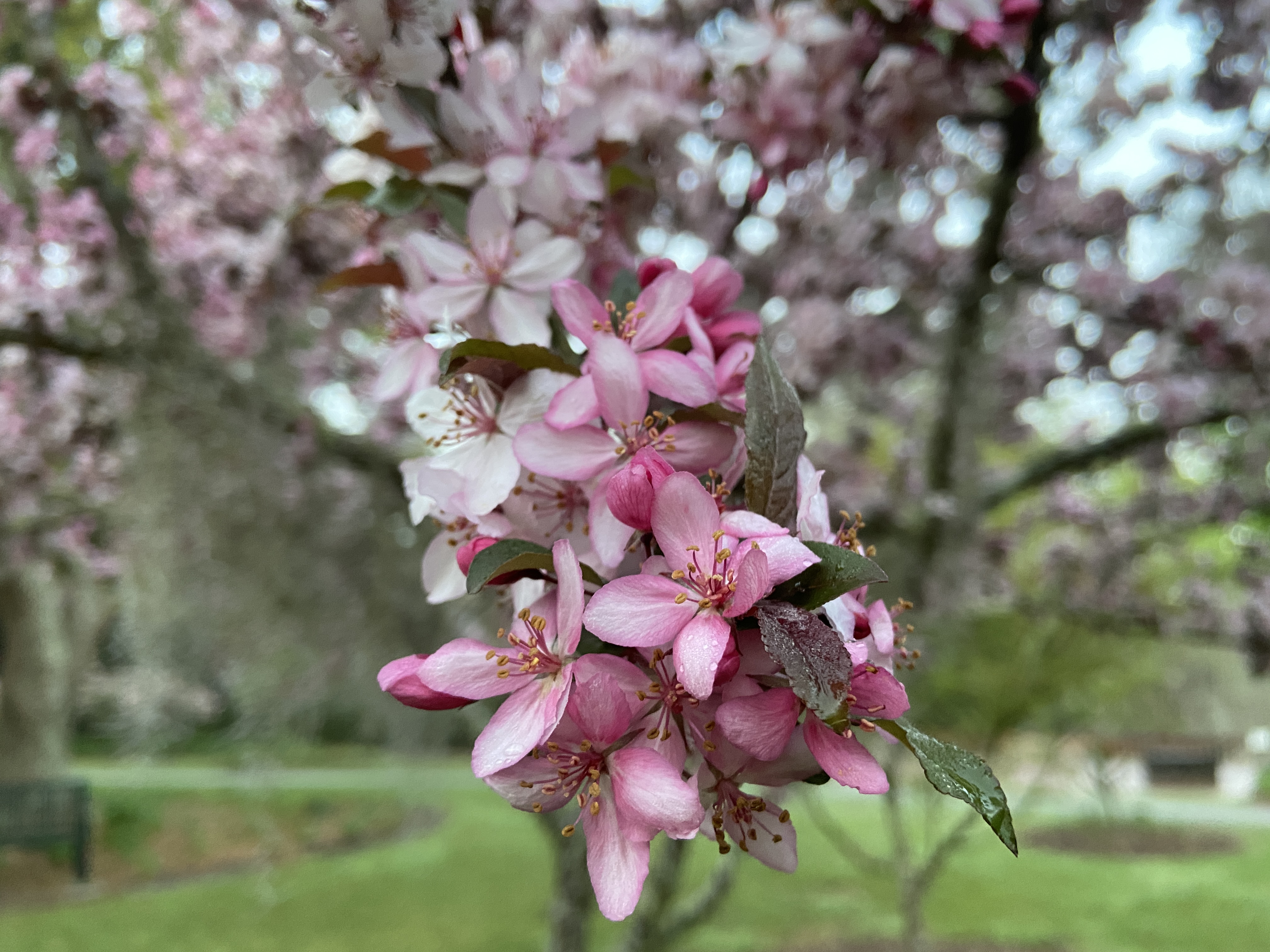 As I continued through the Upper Right, I noticed one of my favorite trees was flowering too. While Japanese blue oak (Quercus glauca) doesn’t have flowers anything like that of the crabapple, those dangling little catkins drew me in. 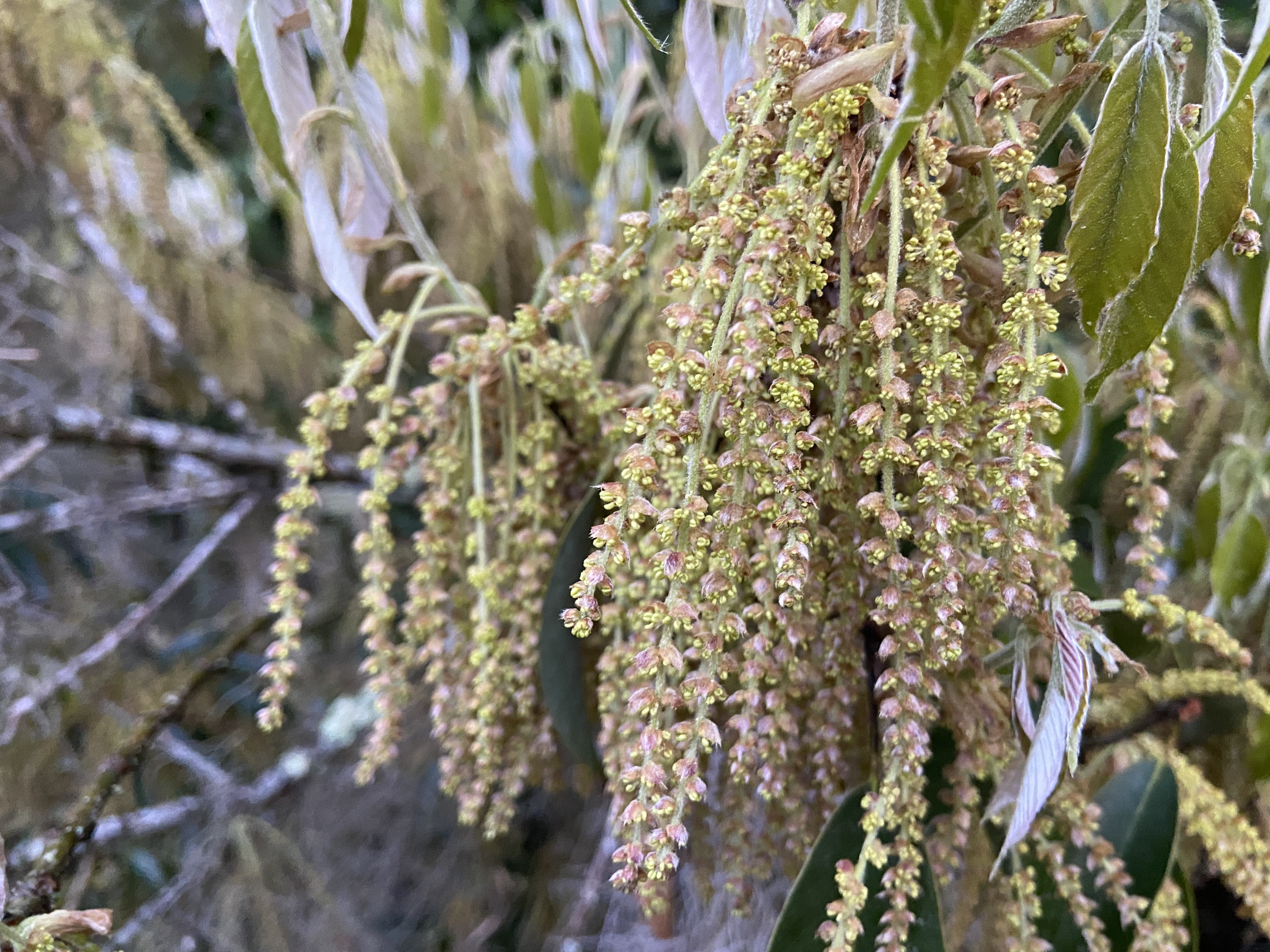 Once they had me in their grasp, that was when I noticed that the new leaves had a very noticeable silvery back to them that I had not seen on mature leaves. This added feature I found to be yet another reason to validate the “coolness” factor of this tree. 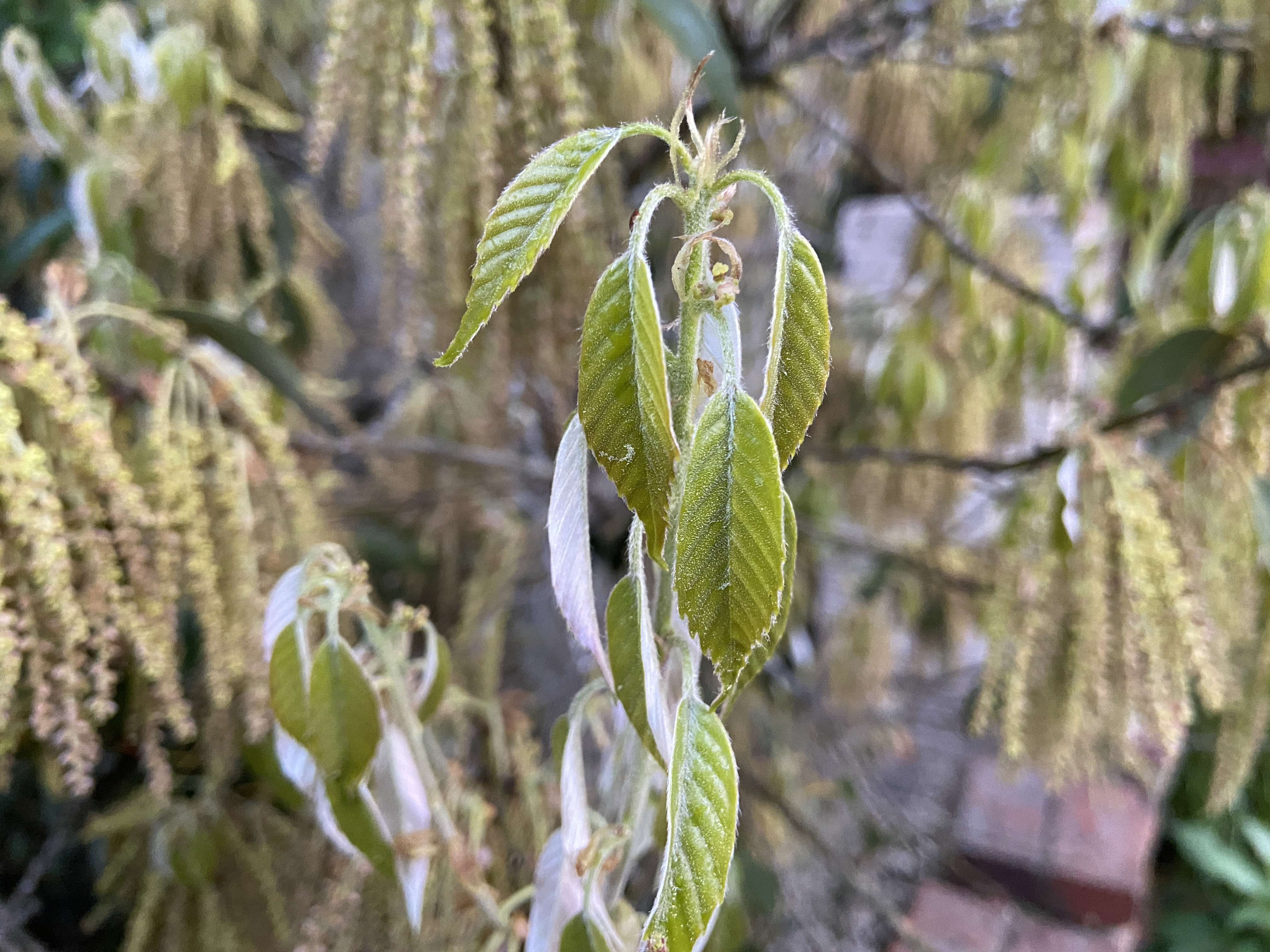 As I continued along my way, I found myself in a sea of mountain azaleas (Rhododendron canescens 'Varnadoes Phlox Pink' ) that also seemingly had exploded into its colorful display overnight. 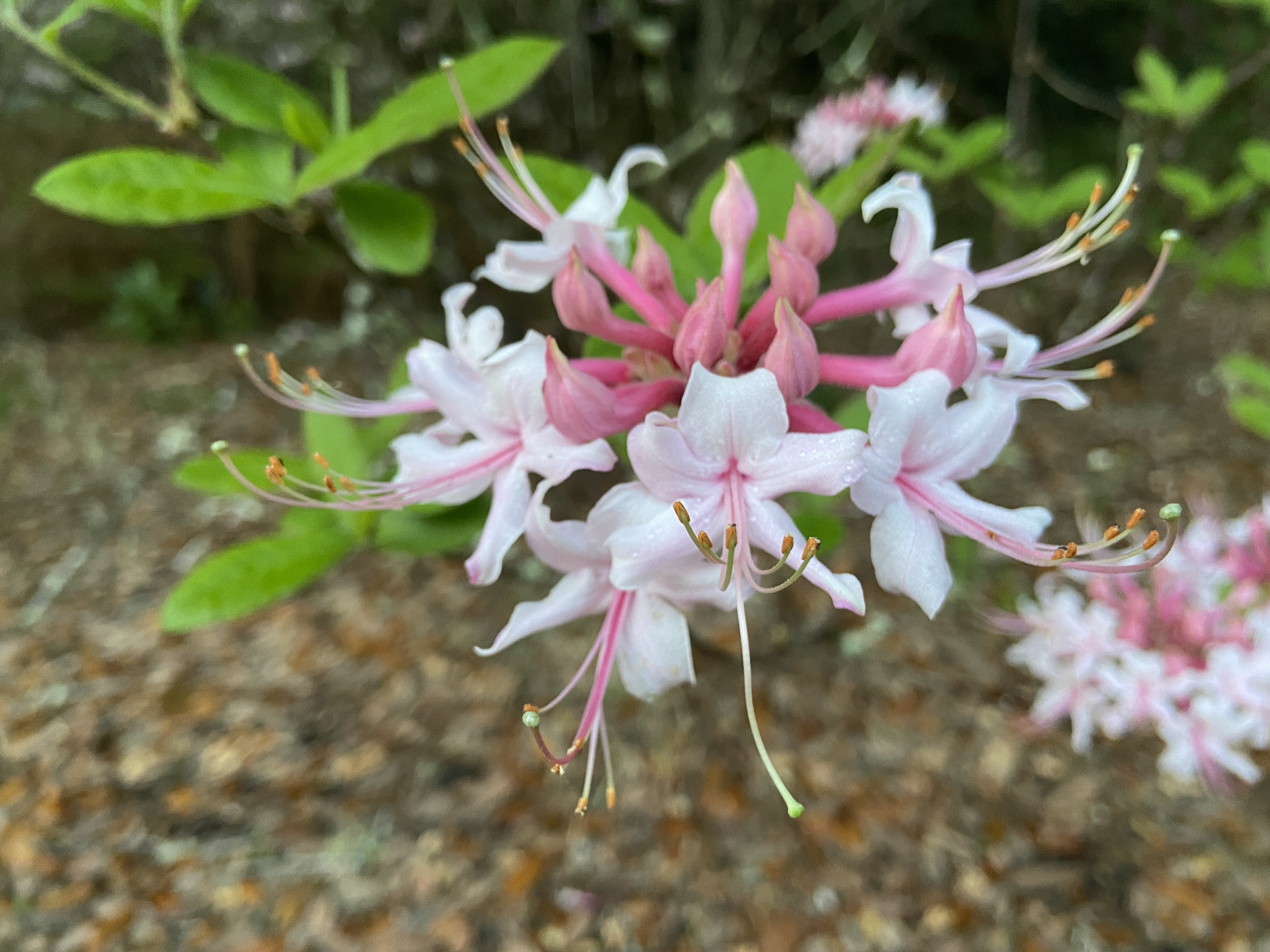 When I reached the Upper Left Wing, I found myself admiring the delicate flowers of the silverbell tree (Halesia diptera [Magniflora Group]). The aptly named tree was adorned with dangling, bell-like flowers creating an added sweetness to the space. 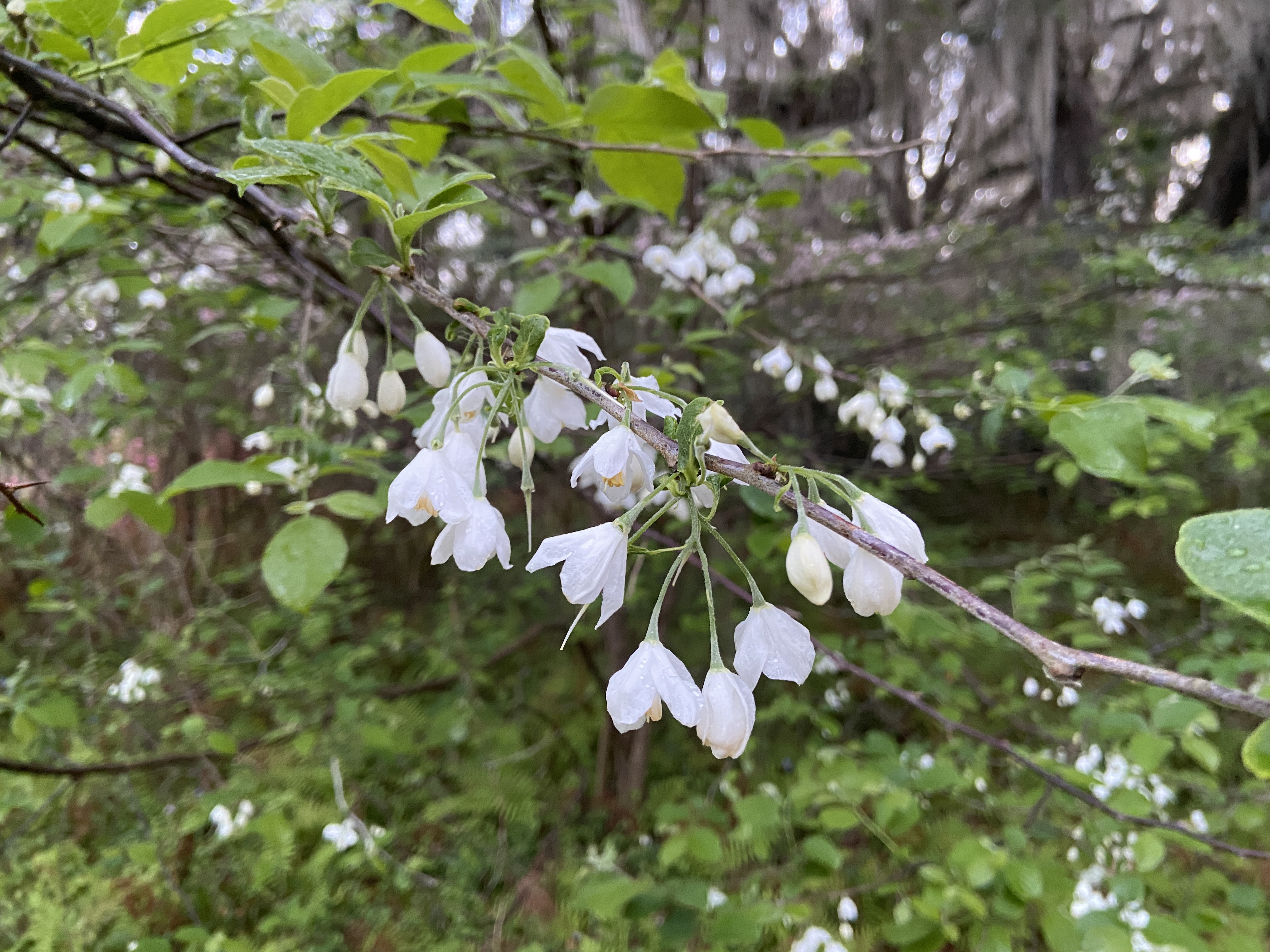 While the plants I saw thus far were certainly welcome sights to behold, I was even more excited when I had the pleasure of seeing plants that had been recently added and were only now beginning to flower for the first time in our gardens!

The Upper Left Wing had the cheerful faces of moss phlox (Phlox subulata 'North Hills’) creeping throughout wall beds. This multi-toned flower was planted last year and had finally made its debut.

In the Upper Left Wing bog, the subtle and sweet flowers of the Japanese iris (Iris japonica), that had been planted over the winter, were flowering for the first time too! The soft blue-purple and bright yellow splotch of the flowers is definitely a great way to welcome the start of the new growing season. 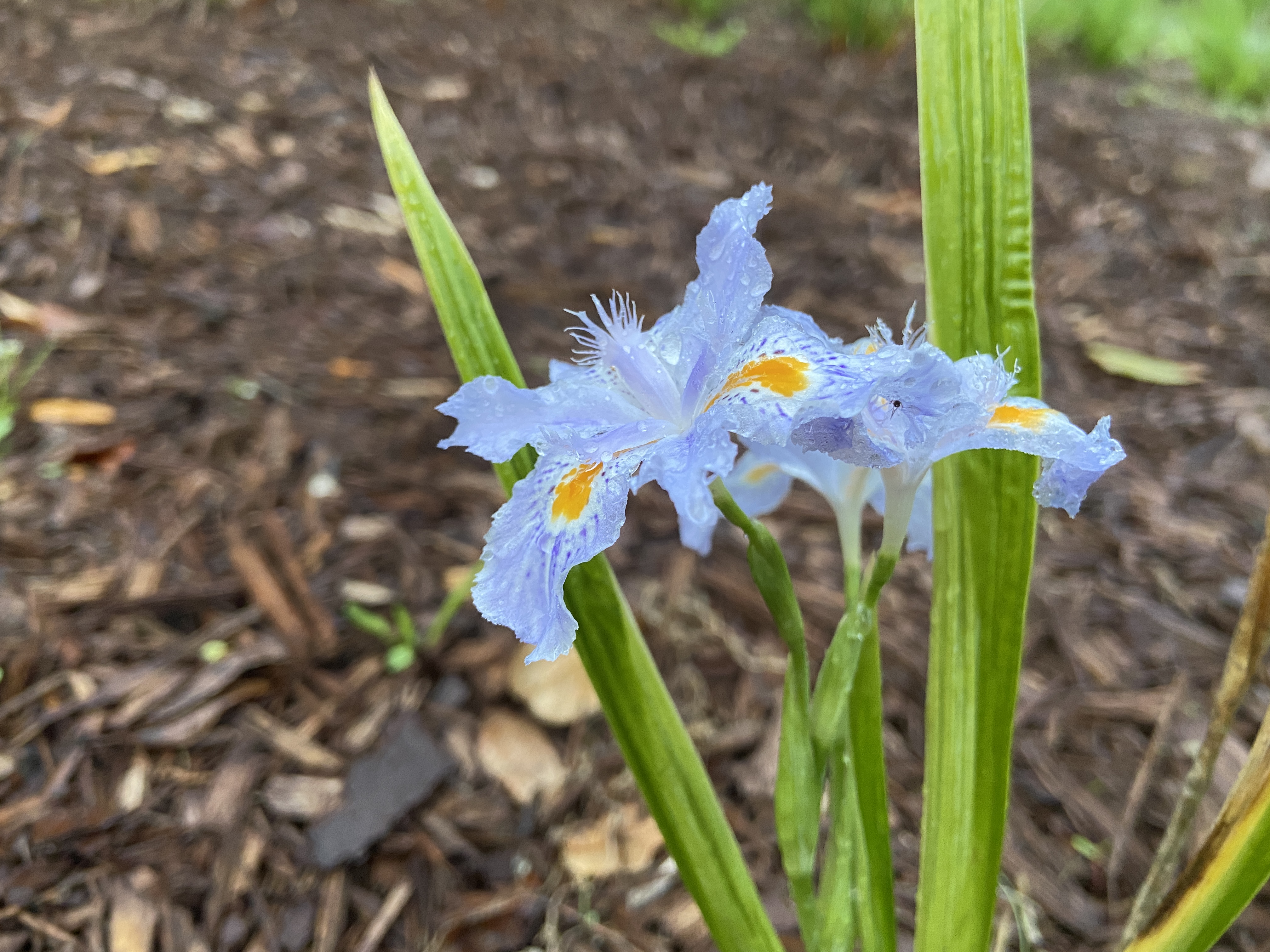 I don’t know about you, but spring fills me with such a sense of excitement and motivation! Seeing perennial favorites and new additions pop up in the garden and herald in the dawn of a new season of possibilities and garden splendor is all I need for a quick pick me up. As our gardens are beginning to wake up, don’t forget to make a point to come by and get a little inspiration for yourself. Nothing helps to lift the spirits like the splendor of nature.