The Brookgreen family just got bigger – a lot bigger! Brooky the Brookgreen Butterfly is one of the latest additions to Brookgreen’s ever growing collection. Comprised of metal, potting media, mesh lining, and a slew of plants, there is a lot to Brooky, our topiary butterfly! 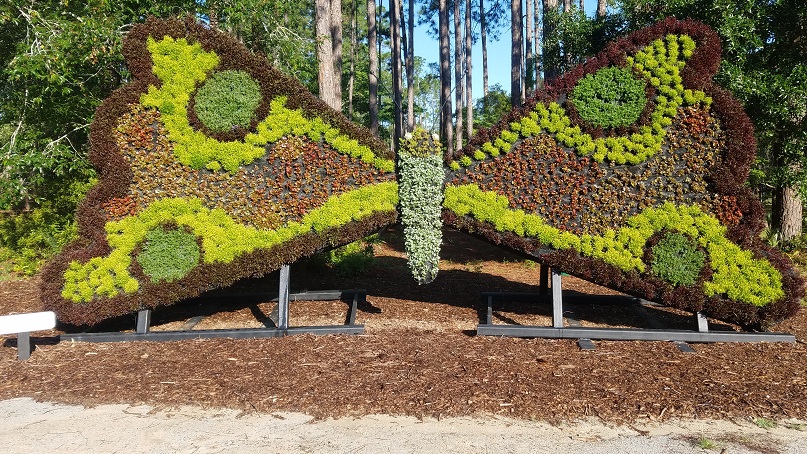 You may be having a mild case of déjà vu, feeling like you know this enormous butterfly from somewhere before… If you visited with us during Nights of a Thousand Candles (NOTC) last year, you may recognize Brooky as the beautifully glowing butterfly beside Daylily Walk. I know what you’re thinking – Brooky keeps busy! 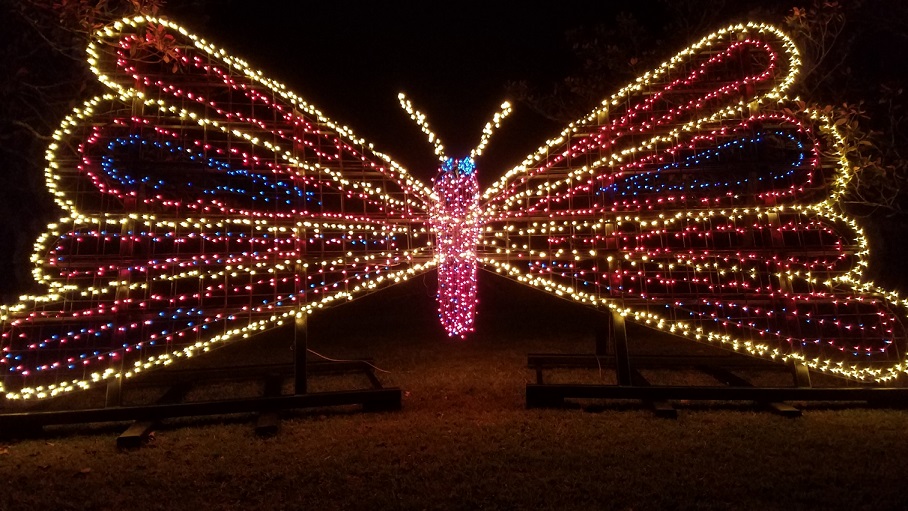 So how did Brooky, the approximately twelve foot high by thirty foot wide, butterfly come to be? It’s not every day you find a ten foot pupa (or a ten foot caterpillar for that matter), out in the wild. Well, last spring (2019,) Brookgreen joined with a number of other gardens, organizations and Penguin/Random House Books to celebrate the 50th Anniversary of Eric Carle's children's classic,The Very Hungry Caterpillar, and the idea to make this butterfly was born.  We shared our vision with Eric Carle and his team and they actually named Brooky for us!

G.W. Simmons, one of Brookgreen’s volunteers with our "Handy Vols" crafted this impressive creation from metal that he welded into an armature, or frame. It took him about six weeks last summer to create and we were delighted to be able to use Brooky as part of our NOTC display last year. This spring Brooky began to transform into another beautiful form: that of our butterfly topiary.

Frame and Mesh Being Added.jpg 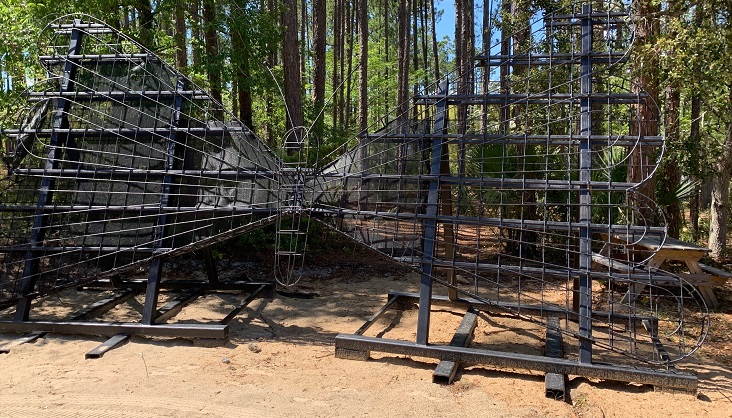 Although previously only a metal armature, there were a few steps that needed to be taken before Brooky was ready to undergo metamorphosis and assume its topiary form. First, Frank Hosier, our Manager of Horticulture, needed to attach a heavy duty mesh fabric to the back of the frame, along the sides, and partially up the front. 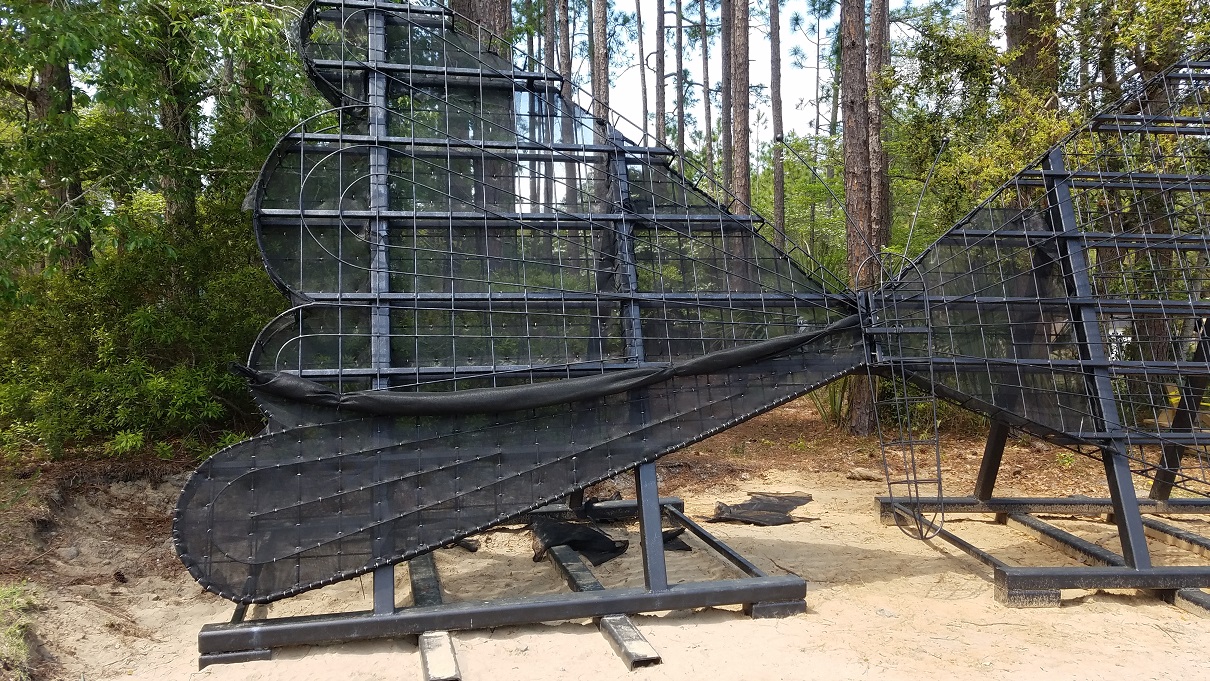 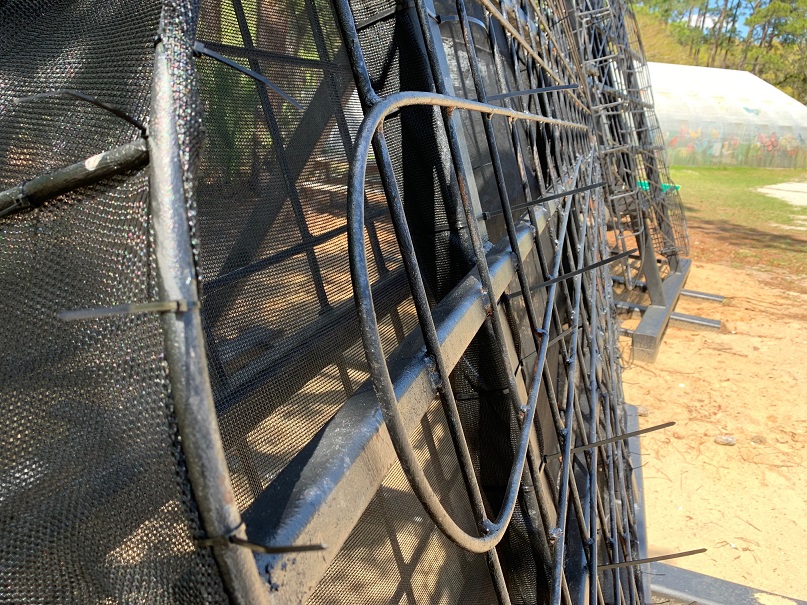 Once enough of the frame was covered, over about a month of time, Gina Davis, one of our horticulturists, and Katherine Rowe, our Director of Horticulture, came in adding potting media. 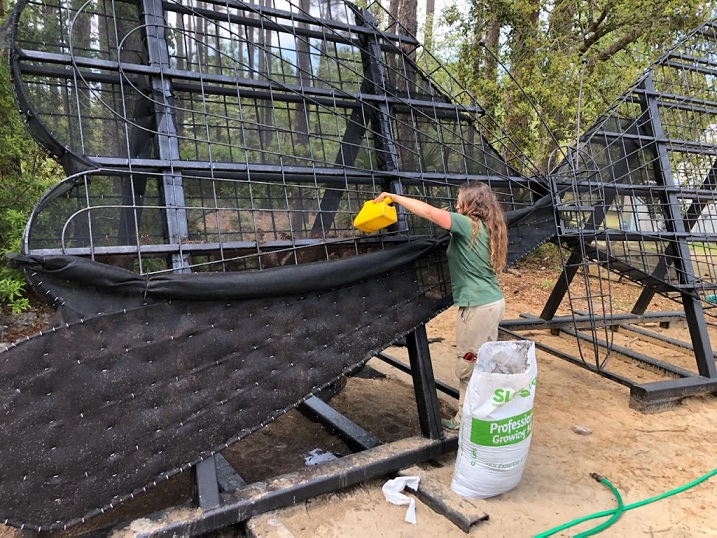 In order to ensure there was enough potting media in the frame, it needed to be watered in so yet more potting media be put on top of that! 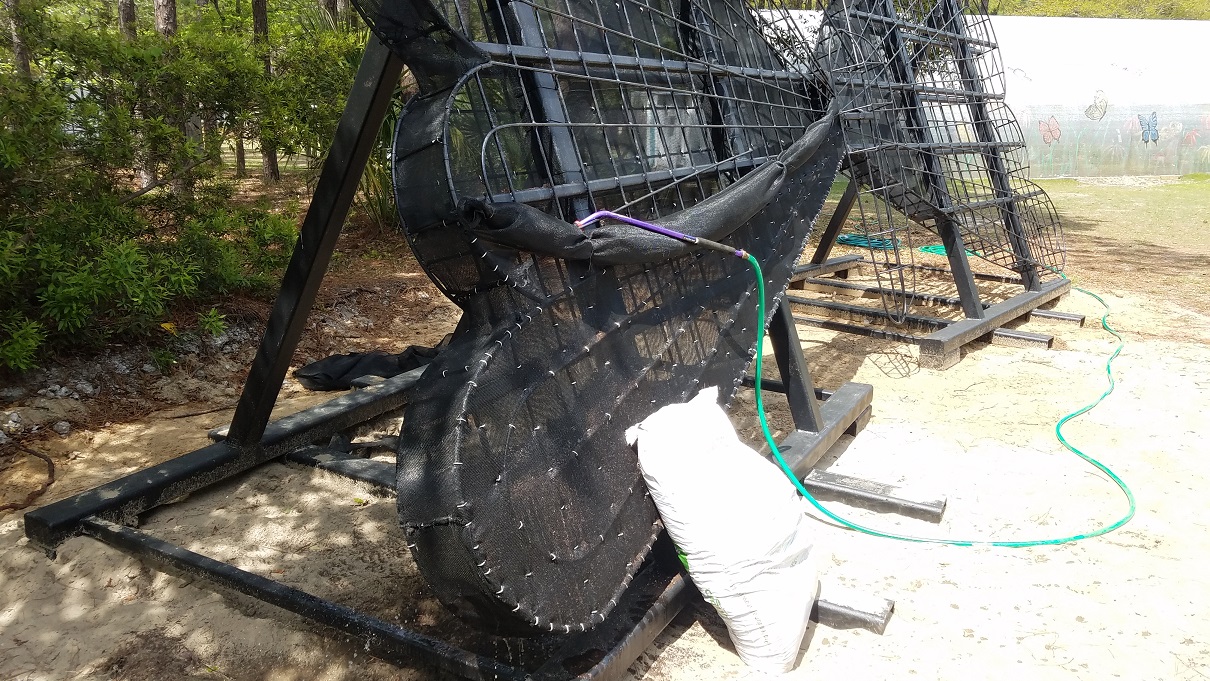 As they made their ways up, more fabric was attached to the frame so more potting media could be added. As they continued, as you can imagine, a ladder was in order.

Soil Half Up Using Ladder.jpg 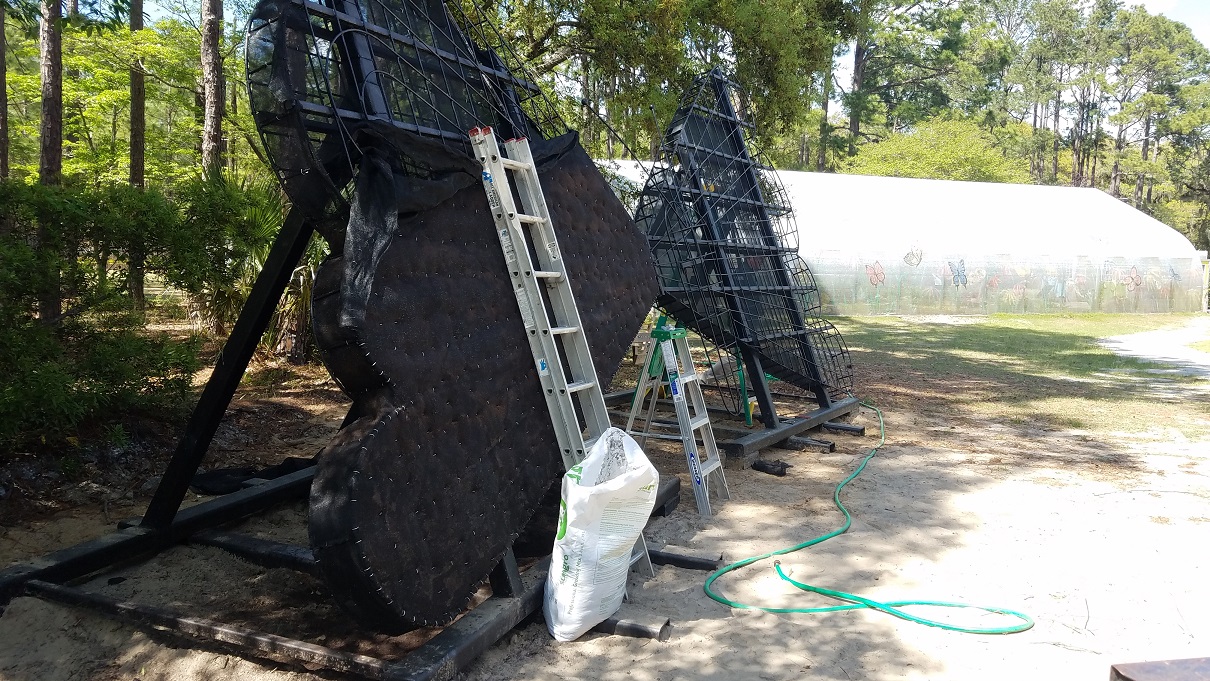 Once both sides were filled with potting media (about fifty bags worth!), and the mesh fabric was attached to the rest of the frame, it was time for the fun part – planting! You may be asking yourself, how in the world could they plant into something that is entirely covered by fabric? Simple. Holes were made into the fabric! Holes were cut into the fabric and small plants were then placed into the openings. 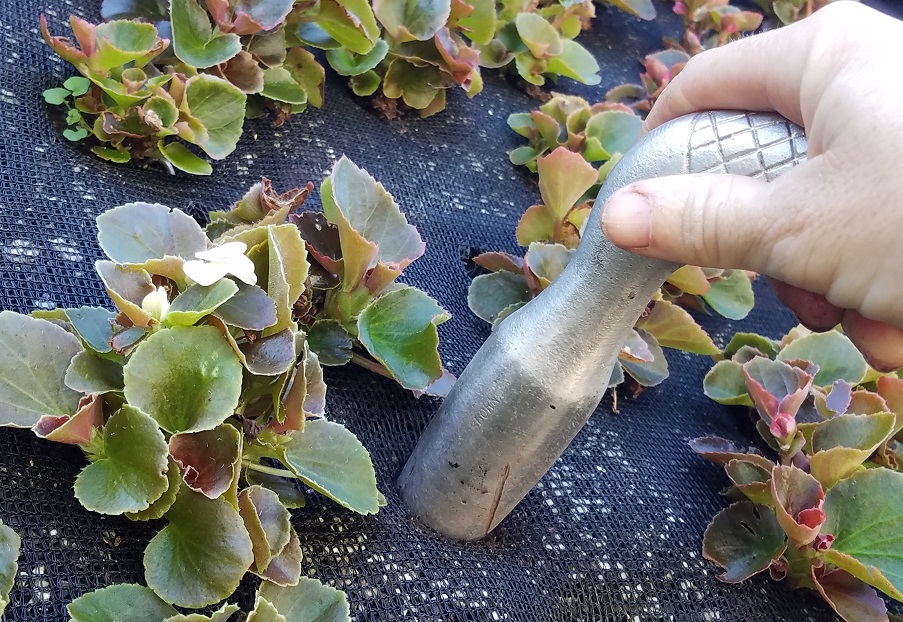 Planting in Process with Page.jpg 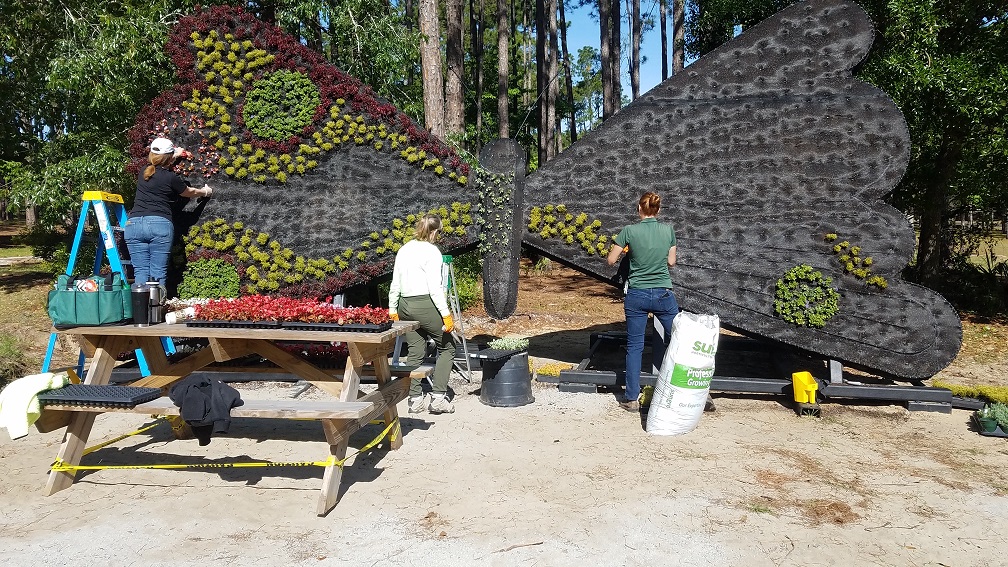 After about two weeks of planting, Brooky was finally complete! Two weeks after completion, Brooky was already filling out beautifully. 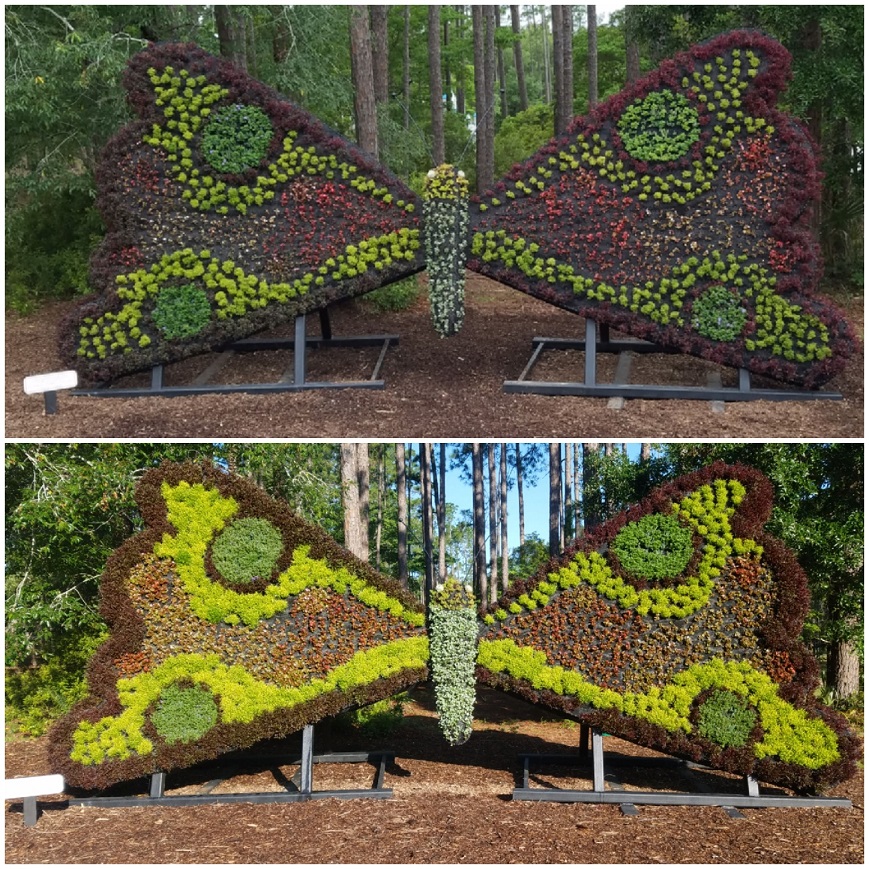 On your next visit to Brookgreen, don’t be shy – stop by and say hello to Brooky! You can visit Brooky at the field near the Butterfly House, outside of the Lowcountry Zoo.