Brookgreen Gardens has a lot of different garden areas and conditions. It’s easy to think in terms of different light conditions, like shade, sun and anything in between, but did you know we have two bog gardens? There is a bog in the Upper Left Wing and Upper Right Wing of the gardens. These areas remain consistently wet and require plants that can tolerate these unique conditions. 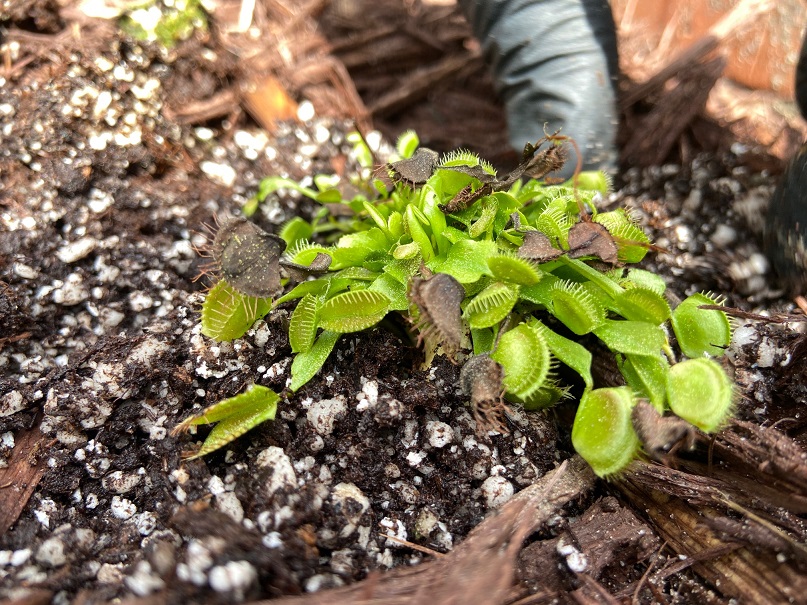 Frank Hosier, Manager of Horticulture and the horticulturist responsible for the Upper Right Wing, decided the bog needed some attention. Over the course of many years, the bog had become overgrown and a bit weedy. To manage the large plants and weeds that had obscured the sculpture Pas de Trois by John Cavanaugh, the bog was mowed once or twice a year. Frank knew a long term plan was in order and got to work. 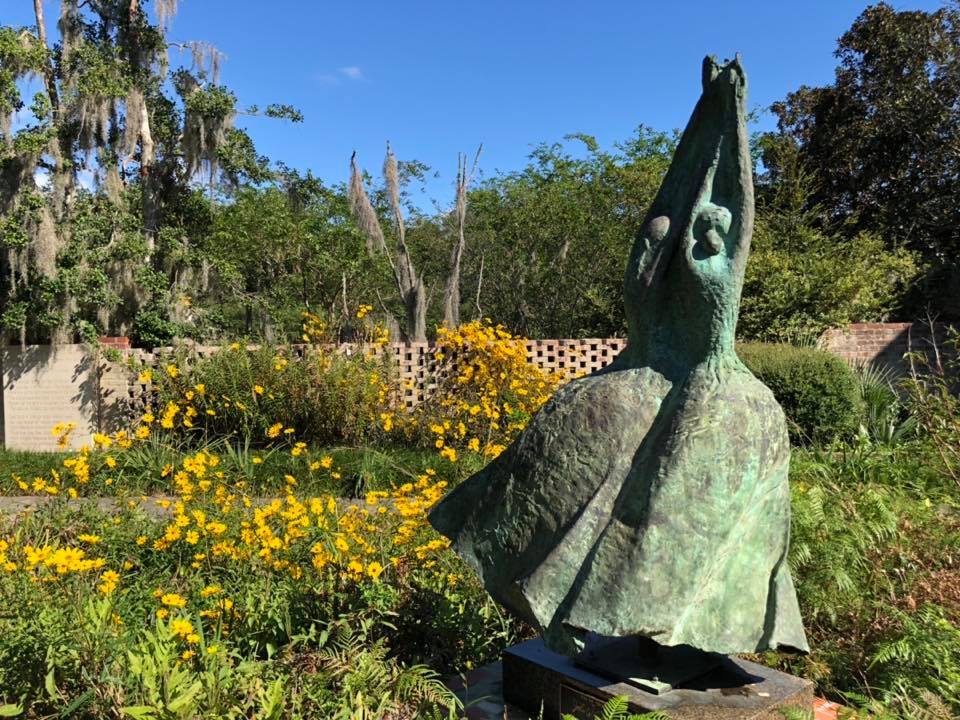 Before any drastic measures could be taken, Frank needed to monitor the bog for a year to observe what plants existed within the space. This allowed time to see what plants we wanted to retain, and what were weeds we could remove.
Prior to this project, Frank had previously opened existing channels to increase water flow within the bog. The channels had been narrowed over time by plant growth and soil. In doing this, he cut out pieces of the bog in chunks, including plant matter and soil. From this early project, he knew this was his method to clear the bog, but on a much bigger scale. 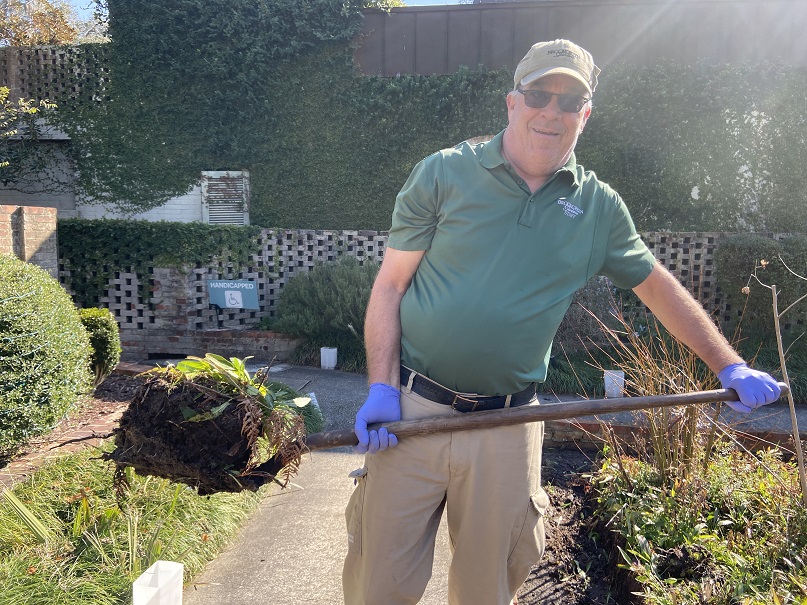 Before Frank began, he dug out and salvaged what plants he wanted to add back to the renovated bog. These included swamp hibiscus (Hibiscus coccineus), pitcher plants (Sarracenia sp.), and common ladies’ tresses (Spiranthes odorata). Frank removed and thoroughly cleaned these, as to not introduce any weed seed stowaways or root fragments that may have remained. Below you can see pitcher plants, before they were cleaned up. 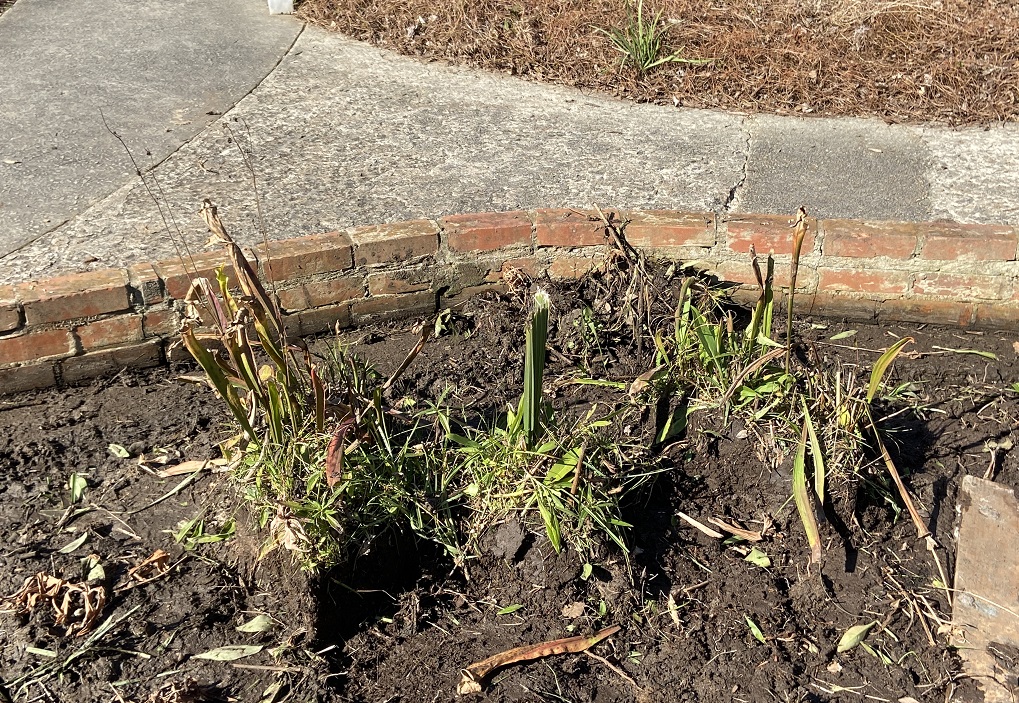 Then it was time to clear the bog! First, the channel feeding the bog was blocked to drain the water. Once it had dried for a few days, the removal began. With the help of a flat shovel, Frank began cutting out, thick, heavy pieces of the bog’s soil. He loaded them into the back of his cart and brought them to the zoo at Mother Nature’s Backyard. Although the materials in the soil we no longer suitable to the bog, we knew the stokes aster (Stokesia laevis) and swamp sunflower (Helianthus angustifolius) would be a good fit in its new home. 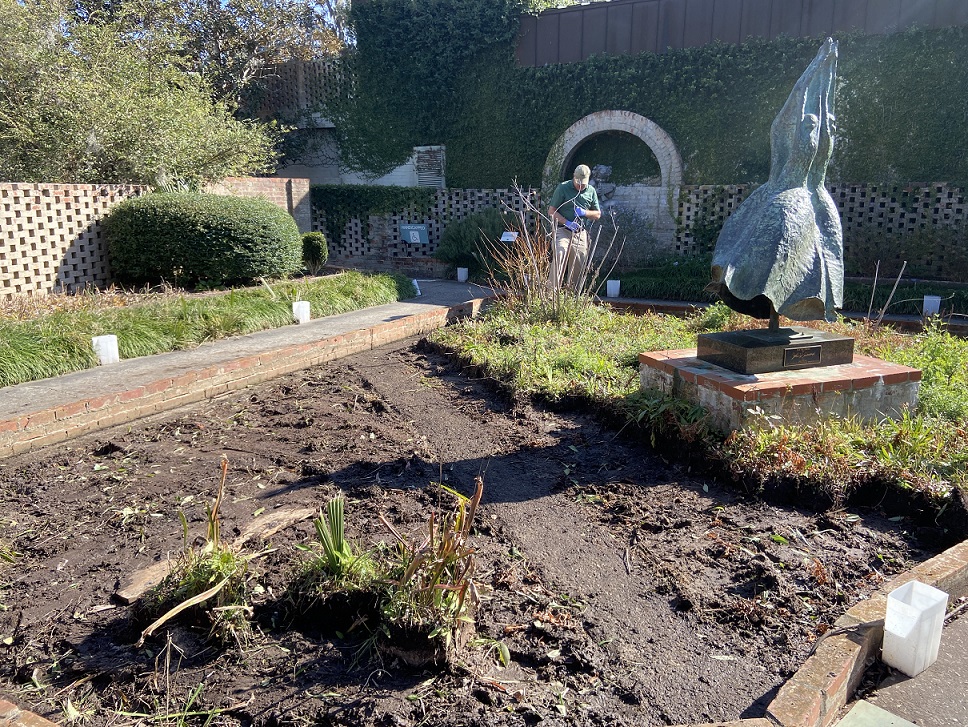 After a lot of hard work, the bog was completely empty! 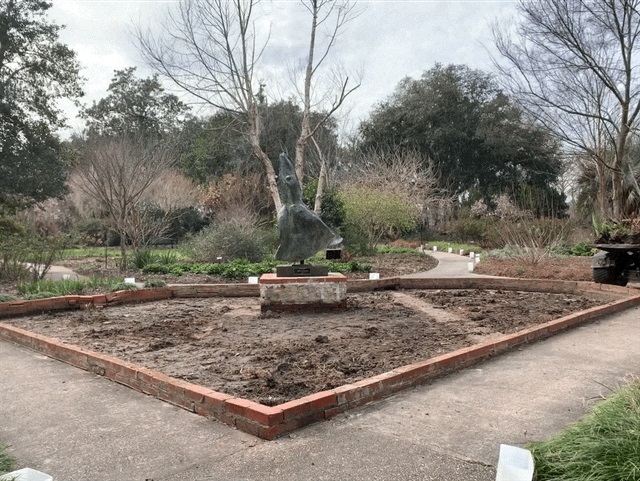 After a few days of hauling the soil out, Frank completed the removal process. A few weeks later, it was time to start adding back the plants. Frank can tell you a little more about this process and some of the plants he’s already put in.

As Frank continues to work on the bog, he is not only adding back the desirable plants he temporarily removed, but also including new additions. Great cardinal flower (Lobelia siphilitica), iris (Iris sp.), Venus fly traps (Dionaea muscipula) and even rice (Oryza sativa) will be given a try! We love trying new plants at Brookgreen and can’t wait to see how they do! 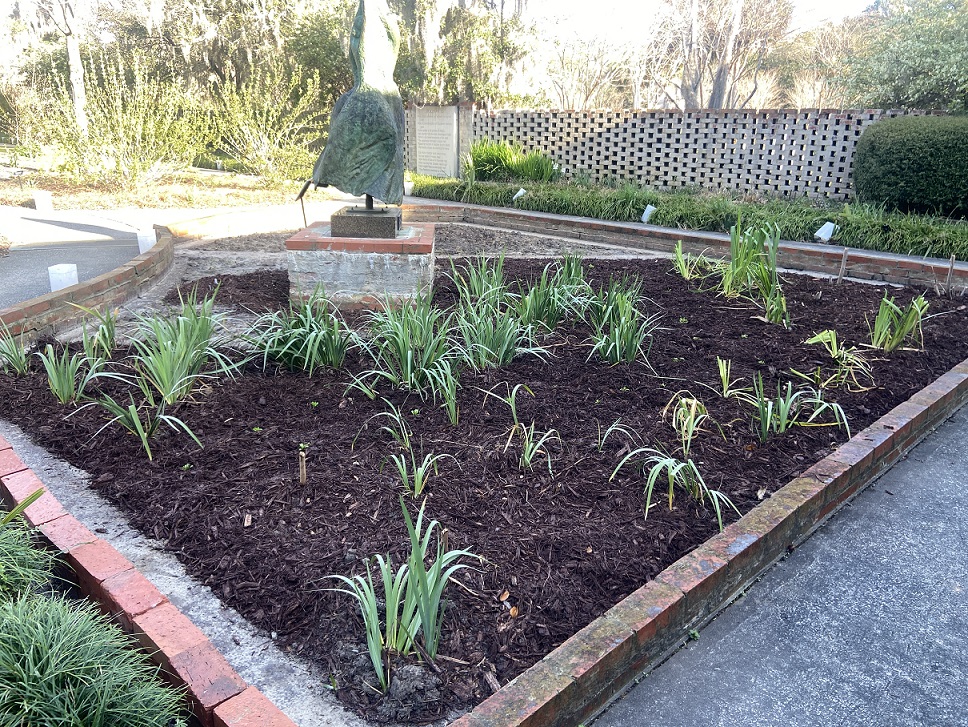